2018 Toyota C-HR: Everything You Need To Know

The 2018 Toyota C-HR raises the bar on design to give an astonishing all-new model subcompact SUV that targets the young and hippy.

It has so much in common with the “coupes” with its raked roofline, four doors and raised beltline.

Despite the bold design, this ride does not offer all-wheel-drive, just front-wheel-drive, thus defeating the crossover label.

Nonetheless, the C-HR makes use of a new platform from Toyota, the same one that produced similar successes in their latest auto releases. 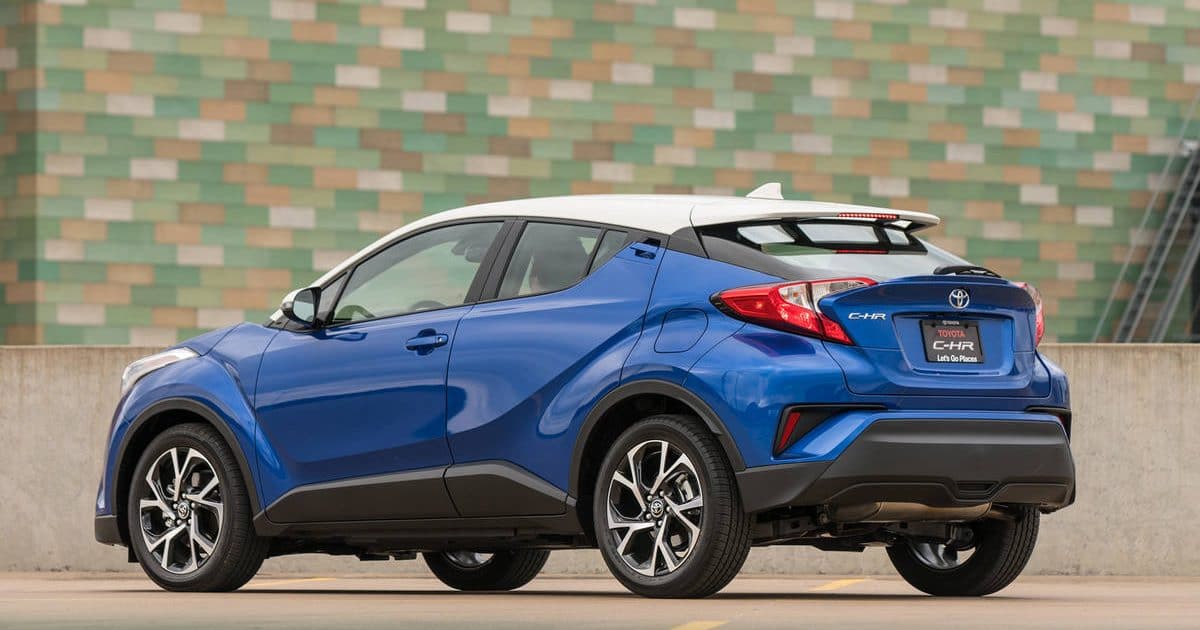 Moreover, the front bumper, large rear spoiler, rounded tail lamps, and triangular faux vents out back are certainly a part of the sporty disguise that makes the C-HR stand out.

Love or hate, this design demands a second look.

The roomy and comfortable interior is unlike Toyota and much to the critic’s dismay.

On the rear bench seat, three people need not squeeze as with other compact cars, plus there is ample leg room.

Fold those back seats flat, and you can fit in 768 cans of Red Bull in the cargo space. There are equally plenty of places to store smaller items.

The seats are pretty basic, but soft enough and well-built to be comfortable on a long drive.

The dashboard is unlike the expressive exterior design and could have been better designed.

The dashboards electronics feel a little antiquated with only one USB port and a 7-inch touchscreen which merely shows digital audio and a hands-free phone interface.

Once behind the wheel, the disappointment in the C-HR’s cabin electronics is lost.

The car drives solidly, with engine, transmission, steering and suspension all working in harmony.

These numbers are modestly sporty at best and It does seem as though there’s room to improve on those numbers.

Still, when the going gets bumpy, the C-HR delivers a taut yet fairly comfy ride compared to many subcompact SUVs.

The C-HR comes standard with front-wheel drive. All-wheel drive is not available.

Unfortunately, smartphone integration tech (such as Apple CarPlay or Android Auto) and Navigation isn’t available either.

The rearview camera, hill-start assist, rear cross traffic alert and blind spot monitoring are all in place for both driver and pedestrian protection.

The C-HR comes in two trims: XLE and XLE Premium. The premium trim adds things like heated front seats and a push-button start.

Nissan has its Juke, Honda has its HR-V, Mazda has its CX-3, and now Toyota has its C-HR.

This crossover has arrived fashionably late, and it stand out from the automotive crowd with an athletic profile, wide stance and muscular style.