Here, we take a look at the fastest roller coasters in the world that every thrill seeker must try at least once in this lifetime.

These speed monsters are scattered across the globe but they have one thing in common: the ultimate speed experience.

Unsurprisingly, these roller coasters are all made of steel (no wood coaster currently makes it to this list), come in a variety of designs, and more than half break the 100mph barrier.

These rides also feature plenty of loops, gravity-defying turns, and twists and intense drops just waiting for the adventurous to come explore.

We have also taken the pleasure of adding some of the peculiar features of each ride alongside some history for the story lovers.

So, gentlemen and ladies, we are catapulting from 0 to nerve-rattling speeds as we take a look at the fastest roller coasters in the world.

FASTEST ROLLER COASTERS IN THE WORLD 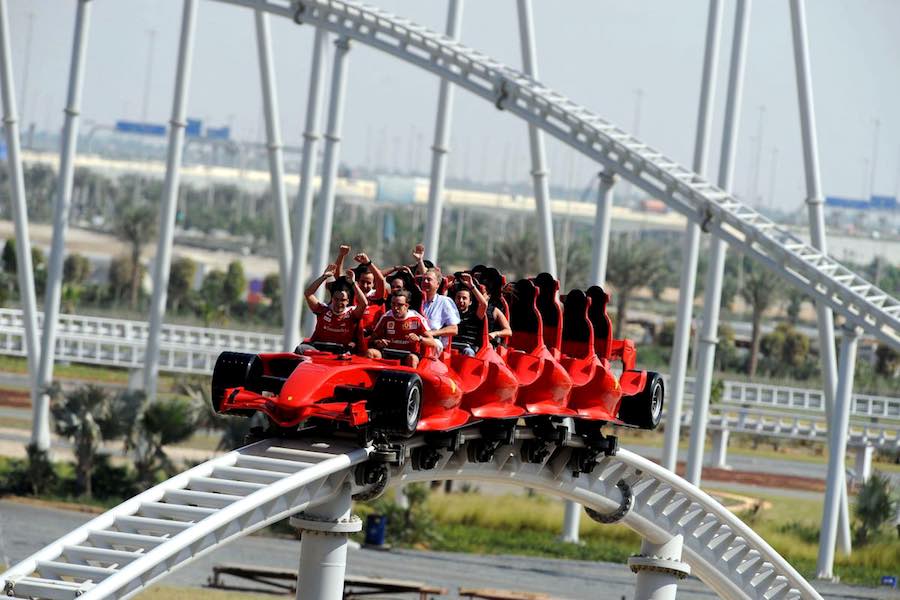 It rose to the position of the fastest roller coaster in the world after completing a record 240km/ h(150mph) in a minute and 32 seconds at an acceleration of 100km/h (62mph) under 2 seconds.

Manufactured by Intamin (one of the world’s best thrill rides and roller coasters designing and manufacturing company) the Formula Rossa roller coaster has a drop of 160ft(51.5m), a length of 6,790ft(2,070m) and height of 171ft(52m).

During its manufacture, the Formula Rossa was called the “F1 Coaster” and was officially unveiled on November 4th, 2010.

It is located at the Ferrari World Park in Abu Dhabi, United Arab Emirates, and it runs on a Hydraulic Launch Track(HLT) covering 2.2km (1.41m).

It has among other features, four trains comprising of four cars which allows a total of 16 riders per train.

The Kingda Ka is a roller coaster designed by Werner Stengel and manufactured by Intamin.

On September 10, 2003, plans commenced on building the Kingda Ka and on 21st May 2005, it was officially launched at the Golden Kingdom Park, Jackson, New Jersey, United States.

Due to the height of the Kingda Ka roller coaster, a rider must be about 137cm(54 inches) to ride on it.

TRAINS:
Kingda Ka has four trains all colored in orange, dark blue, green and teal and each of the train seats an approximate 18 persons at a stretch.

The trains of Kingda Ka also has removable panels which can be removed for future installations of extra seats.

Kingda Ka has so far undergone several incidents like the failure of its bolts on June 8, 2015.

In May 2009, Kingda Ka suffered a great damage following a lightning strick. This led to its closure for three months before it was reopened for use on August 21, 2009. 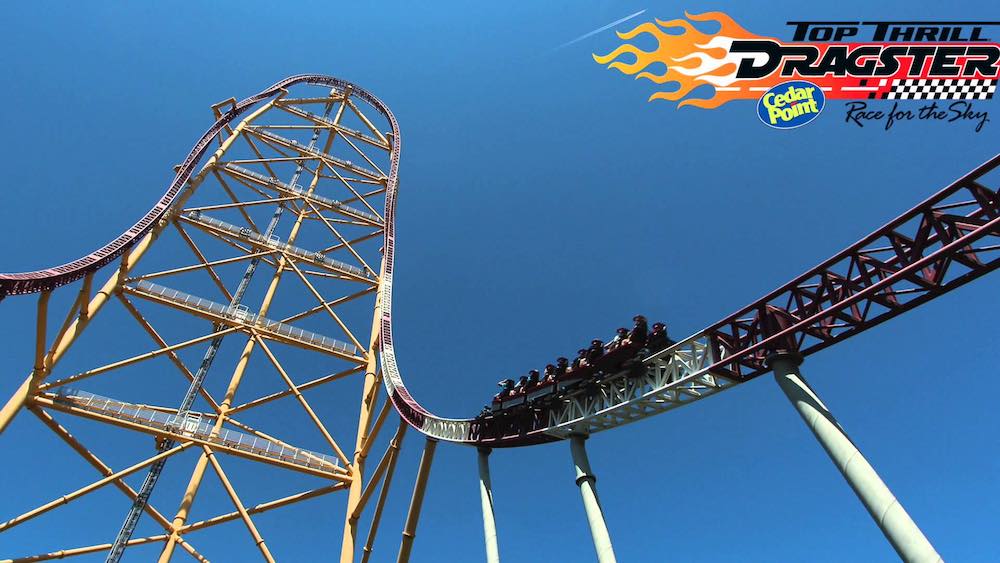 The Top Thrill Dragster is the third fastest roller coasters in the world. It runs on a Hydraulic Launch System(HLS) and consists of magnetic brakes that stop the train without much friction.

It was designed by Werner Stengel and built by Intamin at Cedar Point, Sandusky, Ohio, United States.

The plans to manufacture the Top Thrill Dragster commenced in 2000 and it was finally unveiled to the media on May 1, 2003. 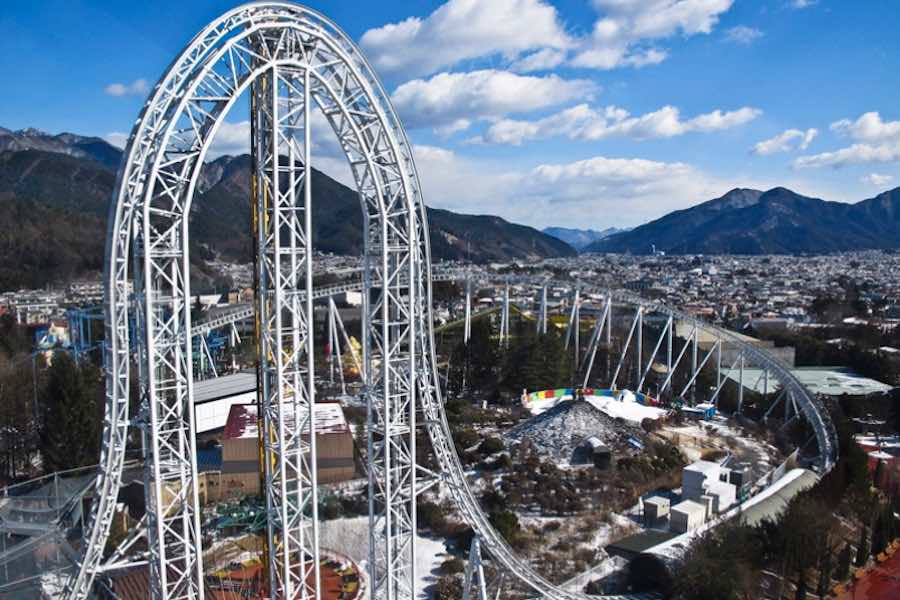 This is the fourth fastest roller coaster in the world. This rollercoaster is cited in the Fuji- Q Highland Park in Fujiyoshida, Yamanashi, Japan.

It runs on steel and makes use of compressed air to launch its trains. 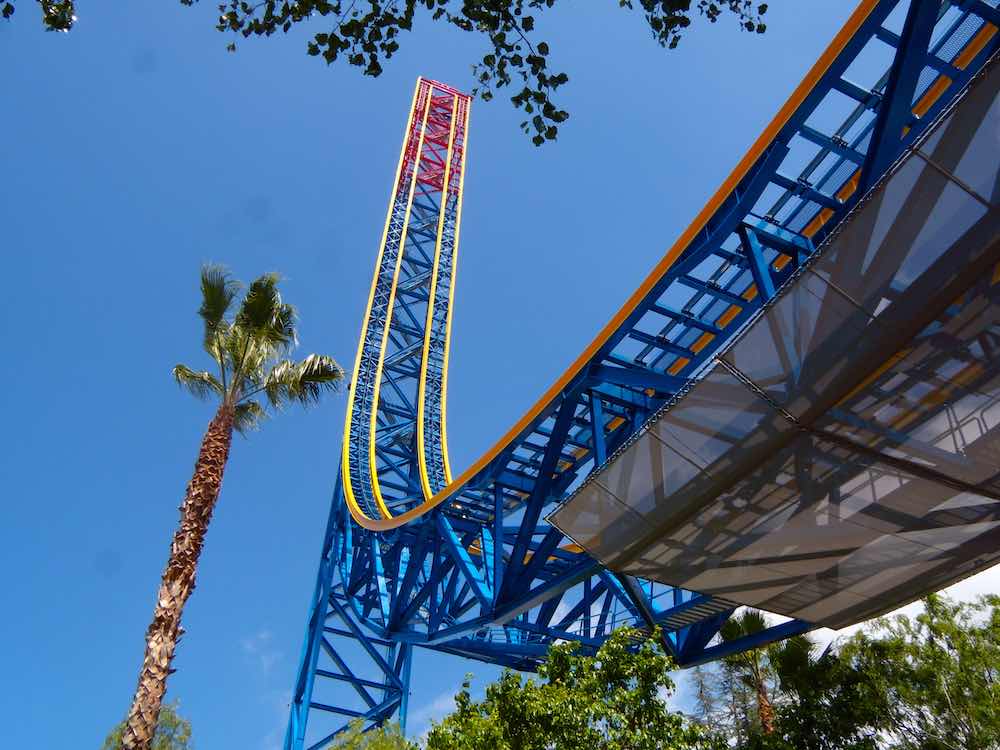 This ride was formally called the “Superman: The Escape”. It is a steel roller coaster at Six Flags Magic Mountain, Valencia, California.

It was previously intended to begin operation in 1996 but due to issues encountered in the Launch System, the opening was extended till 1997 and in 2010, it underwent a refurbishment and was brought back in 2011 with the new name “Superman: Escape From Krypton”.

Its comeback was characterized by new features: a speed of 104mph(167km/h), new colors and new backward-faced trains.

It runs on a Linear Synchronous Motor(LSM) launch system and its worth is estimated at $20,000,000(USD). 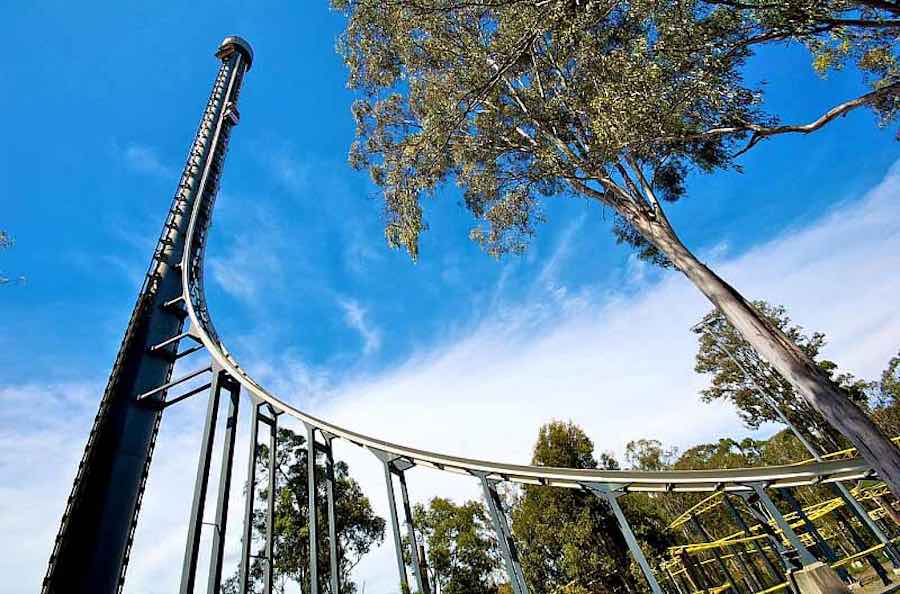 The Tower of Terror is at the 6th spot of the fastest roller coasters in the world due to its ability to reach 160km/h in 27 seconds.

It was patterned in a way that it does not complete the normal circuit but rather reverses at certain points and returns the same way it came.

It started operation in January 1997. 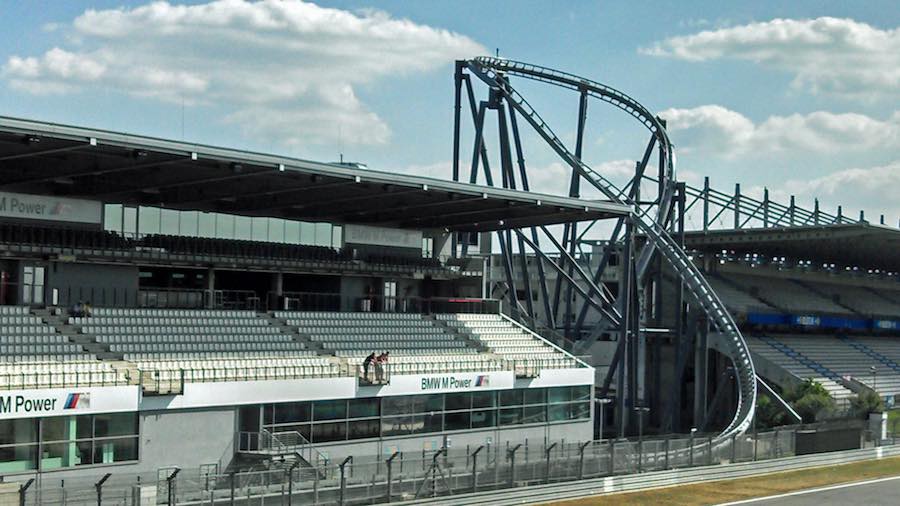 With an oval race-like track, the Ring Racer moves at a speed of 160km/h in 2.5 seconds – almost twice the speed of a race car!

Patterned after the Formula One racing, you can complete the entire circuit of the Ring Racer in about 85 seconds. 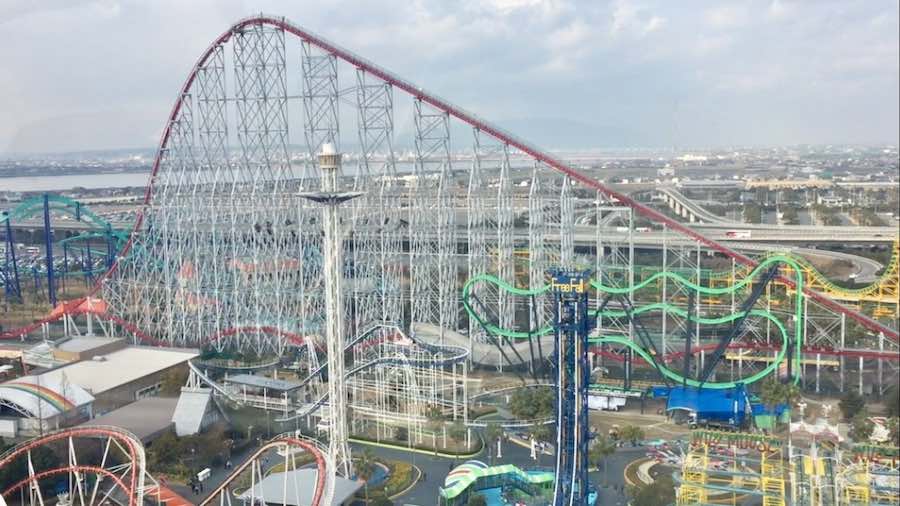 The Steel Dragon got its name from derivations and permutations made after it was built.

Manufactured by D.H Morgan Manufacturing and opened on 1st August 2000, the Steel Dragon coincidentally got its name “Steel Dragon” as it shared the same Asian Lunar Calendar year with the Asian dragon.

The approximate time to complete a ride is 4 minutes. 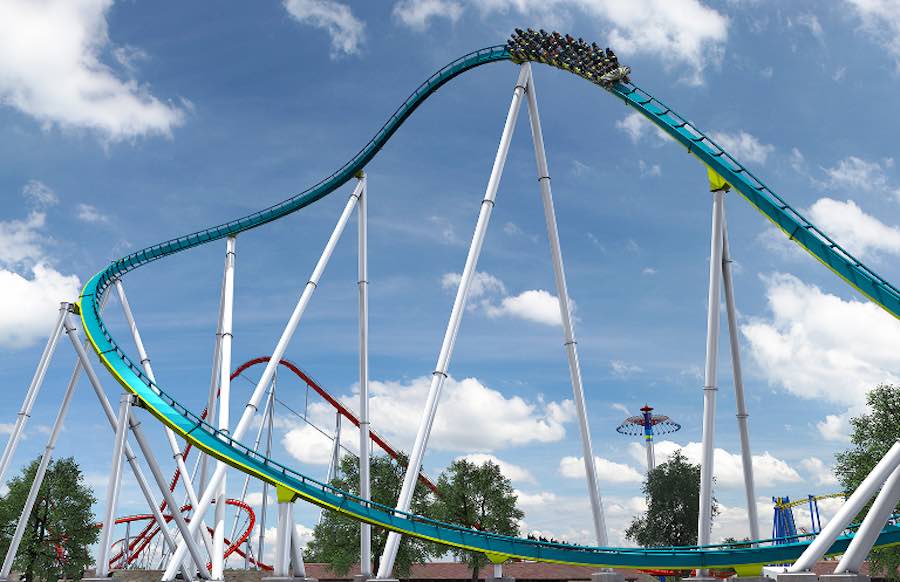 The Fury 325 is a steel roller coaster located at Carowinds amusement park, Charlotte – bordering the North and South
Carolina.

It was designed and manufactured by Bolliger and Mabillard with a Hyper Coaster model and officially opened on March 28, 2015.

Fury 325 is composed of 8 cars and 3 open air trains. It takes an approximate 1,400 riders every hour and each rider of the Fury 325 is expected to be about 54 inches tall. 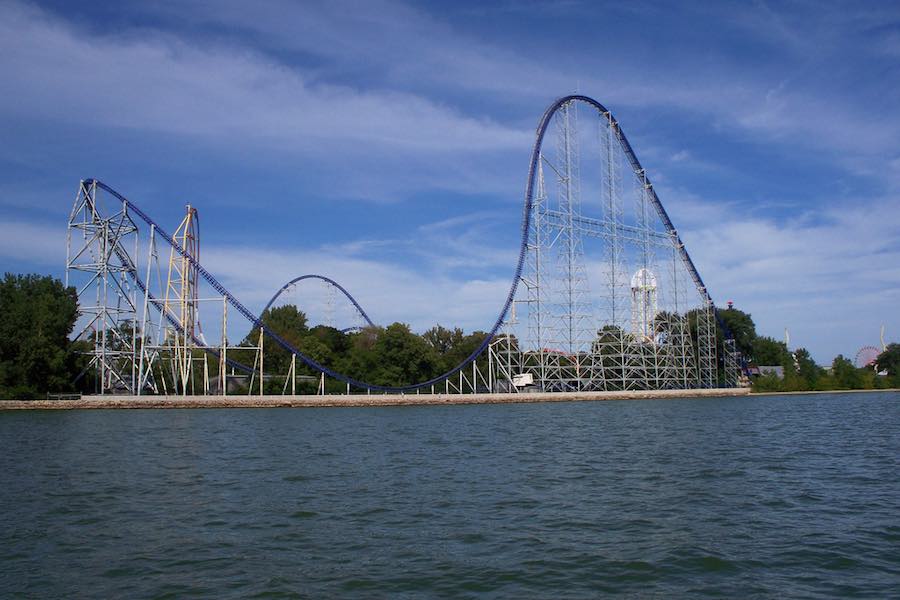 Riders of the Millennium Force are expected to be about 198cm tall and about 1,300 persons can take the ride every hour.

Top among the features of the Millennium Force is the 6,595 feet steel track; two stations for loading and unloading the trains and three stainless trains of blue, yellow and red colors.