With a whopping 20-megapixel rear camera & a 4-megapixel Ultrapixel front-facing camera, the HTC One M9 has taken up the mantle as HTC’s flagship phone in 2015.

It was built with an idea in mind: to take on the iPhone 6 & Samsung galaxy S6. But can it?

Although the device has been criticised for looking too similar to its predecessor, yet it is one of the only phones on the market to compete with the iPhone on build quality.

According to PC mag, ‘The iterative HTC One M9 remains a physical jewel and a strong Android smartphone, but fails to take the next step.’

CNET believes that the updated M9 packs speed and software improvements into a handset that remains lust-worthy in middle age.

Let’s dive deeper into the details about the successor to the award-winning HTC One M8.

It shares the same basic design and screen as the HTC One M8 but with some small adjustments. It still flaunts the all-metal design: an aluminum body with gold trim around the outer edge.

However, the power button has been transferred to the right-hand side of the phone, making it easier to turn the screen on and off. 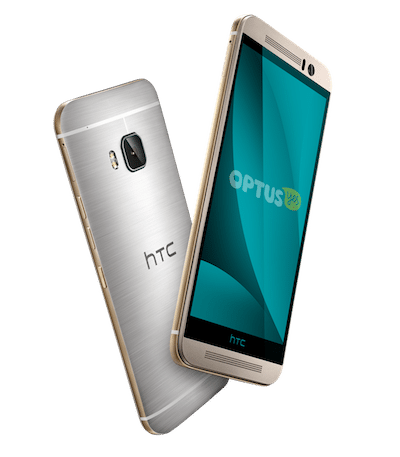 Also, where the back of the One M8 curved round to the screen, the M9 has a ridge connecting the front to the rear- making the M9 easier to grip.

HTC is calling the One M9’s design “jewellery-grade” and they aren’t so far from the truth.

With a weight of 157 grams, its weight is about average for a smartphone of its size & although the device is slightly lighter than its predecessor, it’s marginally thicker.

With such display specs, you are guaranteed of absolute clarity and rich screen colours when viewing your high-resolution photos and videos.

HTC ditched the 4-megapixel “Ultrapixel” camera found on the One M8 in favor of a more traditional 20-megapixel rear camera. One disappointing aspect of the One M9 camera’s specs is that there’s no optical image stabilisation. This is supposed to help in low-light photography and comes as standard on the iPhone 6 Plus, Nexus 6 and Galaxy S6.

The phone can capture 4K HD videos with its rear camera. The HTC One M8 4MP Ultra Pixel sensor is now the M9’s front camera but without the autofocus.

The device runs on Android 5.0 Lollipop. However, HTC introduces a new user interface known as Sense 7.0 -giving you a unique HTC styling for icons and apps.

It also boasts a location-sensitive home screen feature, HTC Sense Home, which determines the apps to display based on your location – whether at home, work or leisure spots. This is a cool feature, which could be pretty handy but not necessarily a must-have feature.

With 3 GB of RAM, the One M9 houses a64-bit octa-core processor, which runs at 2GHz.

We really can’t fault the performance of the m9 has it matches the iPhone 6 in graphics speed.

Speakers:
The BoomSound front facing stereo speakers are still a key feature and HTC has added support for High-Res 24-bit audio as well as Dolby Audio. Once again, HTC has created a music box in a phone and these built-in speakers offer one of the best experiences you’ll find on a smartphone.

Battery:
This phone can hold 2,840 mAh of electric charge. It has an advertised talk time of 21 hours, which is more than enough for the average phone user. HTC still offers its Extreme power saving mode which put the M9 into a basic mode (although not greyscale like similar features on rival phones), allowing access to a small selection of simple functions like phone and messages.

Below is a summary of the HTC One M9’s  features:

Should You Trust Or Run?

The HTC One M9 is arguably one of the best android phones in the market. It inherited its predecessor’s stunning metal design and strong speakers and also has a bright, sharp display.

However, Compared to other Samsung flagships, some key hardware remains missing.

If you’re picking between the M9 and other, current flagships then there’s a few things you should consider.
All in all, the M9 is a lovely phone, but not necessarily a must buy when compared with other big players.

So, what is your opinion?