The new device sports a 5-inch Super AMOLED display with a screen resolution of 720 x 1280 pixels.

It was first spotted on Geekbench and it is expected to run Android OS 7.0 (Nougat) out of the box.

The new Galaxy J3 cannot match the likes of Galaxy S8 or S8 Plus, though its design is somewhat reminiscent of Samsung’s excellent flagships, it is still an excellent budget phone that will give the average user all they need.

Virtually all hardware and software specifications of the Galaxy J3 (2017) are in line with previous reports about the handset and the device is just a slight upgrade on the J3 (2016).

Sit tight as we dive into details about the device and why you should reconsider an upgrade in 2017. 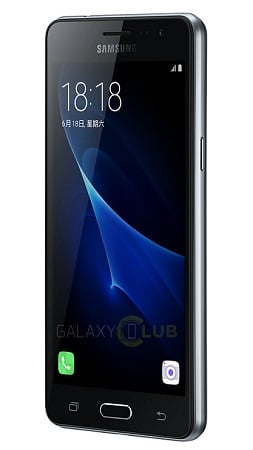 What you should know

The smartphone ships with a 5-inch display panel that supports resolutions of up to 1,280 by 720 pixels (and a PPI of 294)  for viewing movies and playing games.

It is powered by is a quad-core processor running at 1.4GHz paired with an improved 1.5GB of RAM and 16GB storage (can be expanded to 256GB via a microSD).

The 2017 Galaxy J3 packs the same 2600mAh battery cell as its predecessor.

It also ships with Android Nougat, albeit version 7.0 rather than the newer 7.1 release

For your information, the J3’s camera specs have actually been downgraded, compared to last year’s model.

In 2016, the J3 featured an 8-megapixel primary (rear) camera and 5-megapixel front camera. the new version drops to a 5-megapixel main shooter and a 2-megapixel ‘

However, there’s more to camera performance than numbers on a spec sheet, so we’ll be reserving judgement until we’ve spent some time with the refreshed handset.

where to buy samsung phones

One thing is obvious, Samsung is doing everything in its power to keep customers within the Galaxy ecosystem by providing them with a wide variety of smartphone options, including affordable handsets like the Galaxy J3 (2017).

This is a must buy, if a budget phone is what you seek.