The Camon X Pro was modeled after the Camon X sporting key upgrades in fascinating areas.

It has a larger storage of 4GB RAM and 64GB Internal Storage Memory which can be expanded to 128GB with an SD card.

For maximum swiftness, the Tecno Camon X Pro runs on a 2.0 GHz Octa-Core processor and operates the 8.1 Android version. The latest Android version you can find in the market.

Coming to the camera, you have the option of using the front/selfie camera of 24 Mega Pixels with a dual flash or the main/rear camera of 16MP with a ring flash.

It also offers the user maximum security with the dual security functions of a fingerprint scanner (located below the rear camera) and a facial recognition system (Face ID).

Let’s take a quick look at the some of its key features:

Considering the prices of some high-end devices like the S9 and iPhone X, the Camon X Pro offers value for money.

The Tecno Camon X Pro price in Kenya ranges from KSh 15,499 to KSh 16,500 depending on where you make your purchase.

The smartphone is available on top eCommerce sites in Kenya.

The Camon X Pro was released to the global public on Thursday, April 5, 2018, at the Eko Hotels and Suites, Victoria Island, Lagos, just a few minutes after the release of its standard version- the Camon X.

The release of the Camon X Pro alongside the Camon X marked a feat for Tecno Mobile as that became the first time the company will release two devices; most especially the Camon series in the same year. 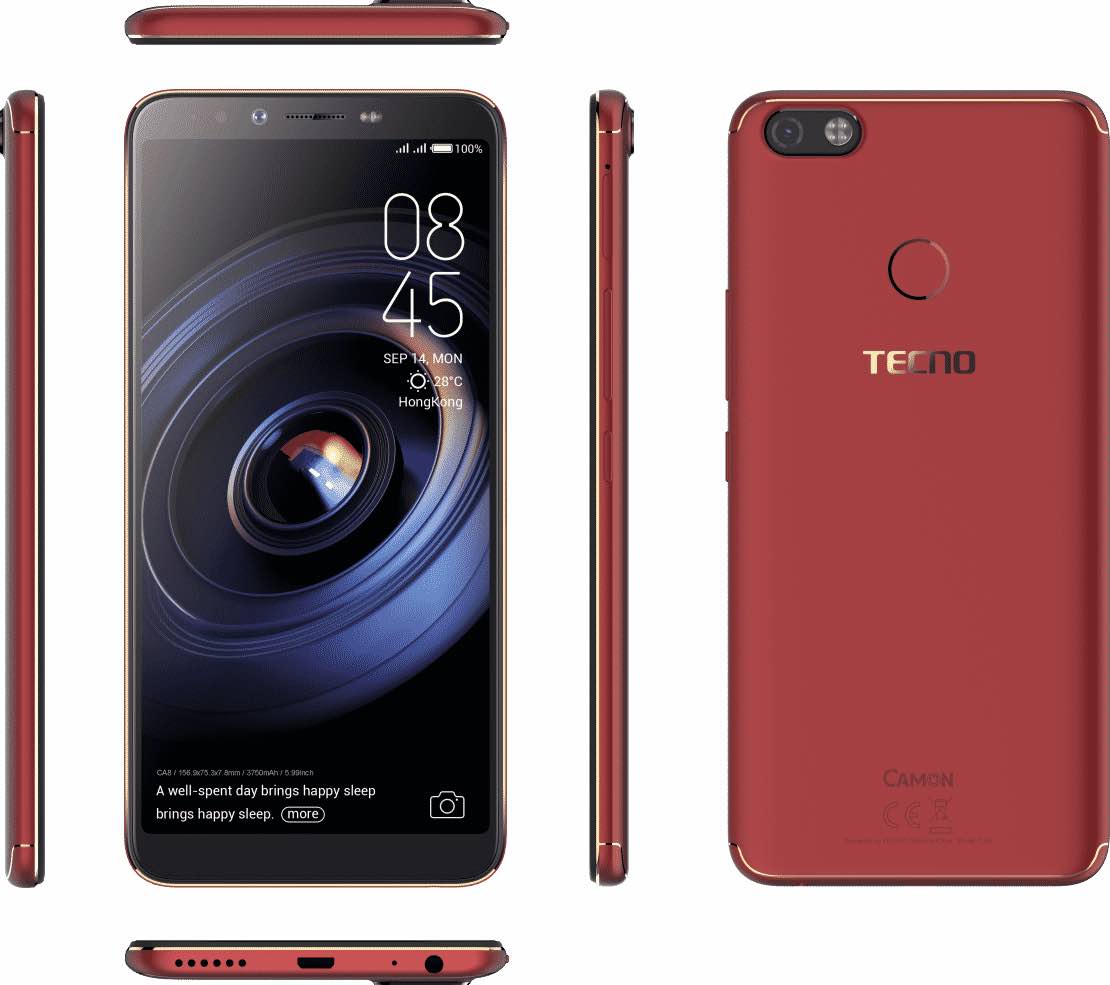 It has a well-styled design haven been manufactured using a plastic polycarbonate material. A gold lining was used to polish the areas around the rear camera, the sides and the curved edges of the Smartphone.

The bottom part of the Camon X Pro hosts the microphone, the micro USB port, and the audio jack.

The right side of the Smartphone houses the power button, the volume keys and the SIM card tray (containing the Storage Device card and the SIM).

The screen display is awakened by a double-tap when on sleep mode and is covered by the Corning Gorilla to protect the screen from scratches.

It also has a video recording of 1080p@30fps and features: portrait, digital zoom, face detection, auto-focus and panorama.

You can never go out of battery nor miss your Social Media updates as the Tecno Camon X Pro sports a 3750mAh battery.

This works alongside a MediaTek Pump Express feature that ensures low battery consumption and with its fast charging technology, you can be sure to get the Camon X Pro fully charged in the shortest time possible.HARDWARE

The Camon X pro is powered by a MediaTek MT6763 chipset running at a maximum speed of 2.0GHz.

It has an Internal Storage of 64GB ROM which can be expanded to 128GB with an SD card and a RAM of 4GB.

The Camon X Pro operates an Oreo (Android 8.0) version on HiOS 3.3. Besides the new visual design, it also provides several innovative and easy-to-use features to step up your mobile experience.

The Tecno Camon X is an improved version of the Tecno Camon X. It offers much improvement in almost all the features of the Camon X and is poised to compete with top Smartphones.

The Camon X Pro offers much more for a Smartphone and is available in Champagne Gold, Midnight Black, and City Blue colors.

You will find it very attractive and flexible for your needs. Price starts from #65,000 ($180 USD) in most stores.