Tecno WX3 is the new brainchild of the technology giant, Tecno Mobile.

They have in a short period of time launched several phones like the Tecno WX4 and Tecno Spark.

Now, they have taken their achievements to the next level by releasing the WX3.

The WX3 comes in various versions including the WX3, Tecno WX3 LTE, and Tecno WX3 P.

The WX3 LTE has support for 4G while the other variants do not. That’s the basic difference between the three variants.

Although the three variants were released silently, these low-priced gadgets have generated hype. 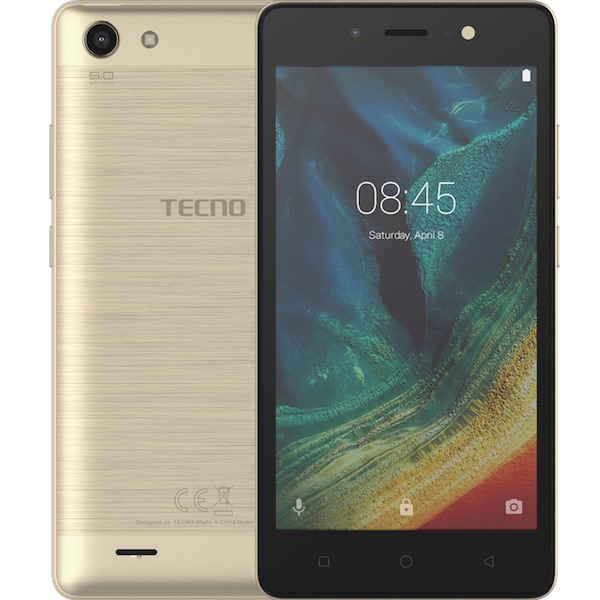 Although the device cannot stand other high-end Tecno phones like the Tecno Phantom 7, the WX3 is still a must buy – especially when on a budget.

In this article, we’re going to take a look at Tecno WX3 specs.

The smartphone was released on July 11, 2017, worldwide. And it is available for purchase in local stores across Asia and Africa.

The rear view is fundamentally ordinary and has a small camera at the top right corner along with a LED flash light.

Nonetheless, the design of the Tecno WX3 is fantastic considering its low price.

There is a Tecno logo in the middle and loudspeakers at the bottom.

Made up of high-quality plastic, Tecno WX3 comes in various color options such as Black, Red, Blue, White, and Grey.

There is a secondary selfie camera on the front and a LED flash to assist it.

The display is rather mediocre with 480 x 854 pixels resolution. It might be difficult to use this device outdoors and in sunlight.

Also, the 5.0-inch screen size makes it difficult to use certain apps on this instrument. But if you are not a fan of the phablet, this size is perfect.

Tecno WX3 runs of the latest Android Nougat v7.0 which helps to increase the speed of this device. This OS compensates for little storage space and the processor speed.

Tecno WX3 is kept running by a removable 2,500mAh battery which takes 60 minutes to recharge.

It can go out fast while playing high-definition games or running high-quality videos. So one has to be careful while using this device.

There are two equal-sized 5MP cameras at the front and at the rear of the device.

Although both cameras are supported by LED flash, there is an additional screen flash at the front for taking selfies.

The performance is impressive considering the simple design of this device due to iLife technology.

It is also blessed with the night mode, watermark mode, and the autofocus system.

Tecno WX3 has an internal storage of 8GB which can be easily upgraded to 32GB using an external SD card. The RAM size is 1GB.

The performance of Tecno WX3 can be very slow due to old age MediaTek MT6572 1.3GHz Quad-core processor.

It is not enough to stop the device from heating up or lag behind. However, it is sufficient to run the Internet and watch low-definition media content.

Since it is a basic phone with all necessary functionalities, there are no unique features as such. It comes in both 3G and 4G version and has all connectivity functions such as Bluetooth, GPS, and WiFi.

It comes in both 3G and 4G version(WX3 LTE) and has all connectivity functions such as Bluetooth, GPS, and WiFi.

Below is the complete Tecno WX3 Specs and features:

As earlier said, this device is a budget smartphone from Tecno. You need not empty your wallet.

Tecno WX3 Price in Kenya is KSh 7,399. You might be lucky to get a discount when you purchase on the Jumia store.

WHERE TO BUY TECNO PHONES

Tecno is known for releasing phones suitable for small budgets, and users are glad about this.

Thankfully, they have also made options available: the 5000mAh WX3 P, the 4G WX3 LTE, and the plain WX3.

Although the combination of RAM and short storage space can make performance difficult, Android 7.0 Nougat OS provides an excellent experience on this device.

If one is looking for a basic phone with all necessary features, then this is the perfect option.