10 Reasons Why You Should Learn To Speak Spanish

Why learn Spanish when you can learn French, Chinese, Japanese or any other language of your choosing?

Well, Spanish is a wonderful language and one of the easiest languages to learn in the world.

The growing popularity is a factor of its geographically widespread demographics, the increasing economic influence of Latin America, the rich culture associated with its speakers and its popularity on the Internet (surpassed only by English).

It is the second language of the world after English and the second most studied as well.

There are many reasons to learn to speak Spanish, the language of Cervantes. Here are a few reasons for you to chew on: 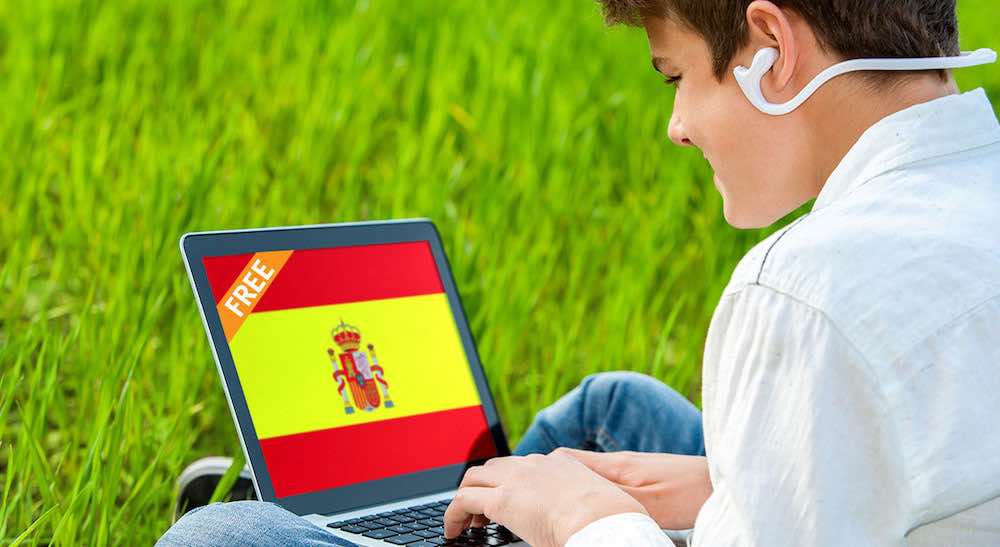 1. Second most spoken language in the world by native speakers

Cliché, of course, but it’s never enough to highlight that Spanish is only behind Mandarin in absolute numbers of native speakers.

It is also the second most used language on the Internet and one of the fastest growing in the world.

Learn Spanish and you will be able to communicate (and troll) with about 550 million people throughout the Americas, Europe, Africa, Asia, and Oceania.

In the United States alone, it is the second most spoken language with more than 52 million yodelers.

Enough Hispanophones to give Trump some nightmares.

And despite regional differences, learning to speak Spanish might just enable you to talk to people who speak different languages.

Brazil is one of the Latin American countries where Spanish is not the first language.

Nonetheless, Spanish is compulsory in many Brazilian secondary schools.

According to the Cervantes Institute, more than six million Brazilians are currently learning Spanish. Governmental authorities estimate that by 2025, the number of Brazilians speaking Spanish will be about 30 million.

Of course, you don’t need to wait for Portuguese speakers to learn Spanish before you can communicate with them.

There are numerous similarities between the Portuguese and Spanish: grammar, vocabulary, etc.

This does not mean that you can go around talking to Portuguese speakers without ever having studied their language, especially in the spoken form where the phonetics are quite distinct.

But you can cheat and try your luck with “Portuñhol”, which can be intuitively grasped and also enable a minimum level of communication between the two parties. Just don’t overindulge or you’ll make a fool of yourself.

Portuguese is also a major language in the world, the sixth by native speakers (more than 200 million and growing). Learn Spanish and you instantly win the ability to communicate with more than 10% of the world’s population.

Not everyone can brag of such superpower.

4. Spanish can help you lose fat!

Have you ever stopped to think about the amazingly rich gastronomy in Mediterranean and Latin American countries?

So if you want to shed some weight, you should definitely learn to speak Spanish and go live in the Iberian Peninsula for a while.

It’s worthwhile because learning Spanish will make it much easier to understand the distinct culinary styles of several Latin cuisines, and you’ll soon find that speaking the language can be synonymous with making your mouth water.

If you are still asking the question, (why learn Spanish?), then it is amazing to know that by learning Spanish, you will be able to read many talented authors in their original language and appreciate the rich vitality of both Spanish and Latin American cultures.

You might find yourself drooling over your newly found love for Flamenco music (or dancers) or the beautiful writings of a few of the many Spanish literary geniuses.

If that isn’t enough for your brain, you might also grasp Portuguese and Italian fine literature too.

Partial mutual intelligibility between these languages is similar to the one shared with the Portuguese language.

In fact, phonetics will be much more similar, which ironically can make bilingual conversations a lot more confusing.

Italian doesn’t compare to Spanish or Portuguese in terms of the absolute number of speakers worldwide, but it’s still a major European language and the second closest to the good ol’ Latin (second to Sardinian).

A living relic from the past.

Read Also: Hardest languages To Learn In The World

7. Gateway to other Romance languages

Another very practical advantage is that once you’re introduced to a Romance language—and Spanish is arguably one of the least annoying to learn—you have freeway to dive into other languages of Latin origin, such as French, Italian, Ligurian, Portuguese, Romanian, Venetian, Aragonese, Sardinian, Occitan, Mirandese, Asturian, etc. Peace of cake.

8. Let’s do some business

Spanish is a must if you plan to do business internationally. Simple as that.

Business scaling in foreign territories is seriously jeopardized if no efforts are made to communicate with the largest possible amount of people.

This is relevant not only to explore opportunities in Spanish speaking countries but several European and African territories as well.

On the whole, you’re looking at countries that enclose a significant percentage of the world’s economic output.

Several Latin American countries are expected to enter emerging market territory in the not too far future, which means that job offers will tend to increase exponentially over the next years.

Opportunities abound and the ability to speak the language puts you ahead of much of the worldwide competition.

And this doesn’t apply to Spanish speaking countries alone since Brazil is strengthening ties with their Spaniard comrades, meaning it also provides plenty of opportunities to Spanish speakers.

Chanting a “Olé!” every time you prank a friend or see your sports team destroying their opponents is an instantly recognizable sign of good spirits and playfulness anywhere in the world.

And then there’s the fact that there’s no sexier language in the world when people lash out angrily.

But on a serious note, Spanish is popular, sounds cheerful and passionate, everyone knows a word or two and Spanish people are damn hot. What’s not to like?