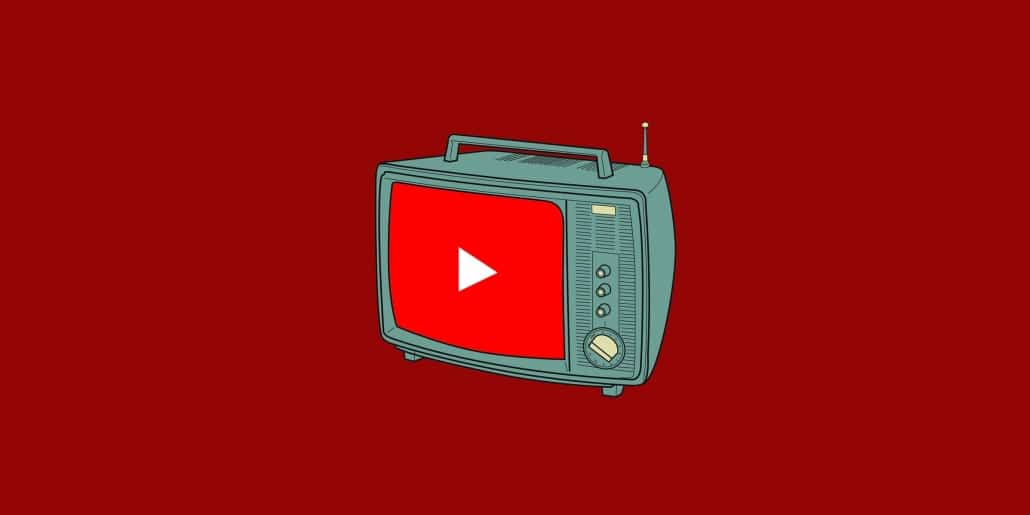 The only connection both YouTube and YouTube TV may have centers on the YouTube originals. This is why you’ll ultimately need the two separate apps if you want both on your devices.

More so, it has quite a number of traditional cable and broadcast channels well over 70 in counting.

As you’ll get to see, YouTube TV comes at a cost. This is because Google has put a lot of work into its live streaming service.

A good part of that is the fact that YouTube TV is an unlimited and cloud-based DVR. Not bad if you consider that it’s available on a good number of devices and platforms, and largely operates in the United States.

If you’ve just about had it with cable TV, you’ll need to know more about YouTube TV before adopting it. Read on!

That’s the feeling most people have about it. But the fact is that YouTube TV is one of the full-featured options for live TV.

Also, with channels hitting and surpassing the 70 mark, it’s one of the best for cord-cutters.

There are a handful of extras that costs you more money though, especially in terms of some high-quality channels and add-ons.

There are other options you can add. Other similar live TV services simply don’t match up to YouTube TV even though they cost less. 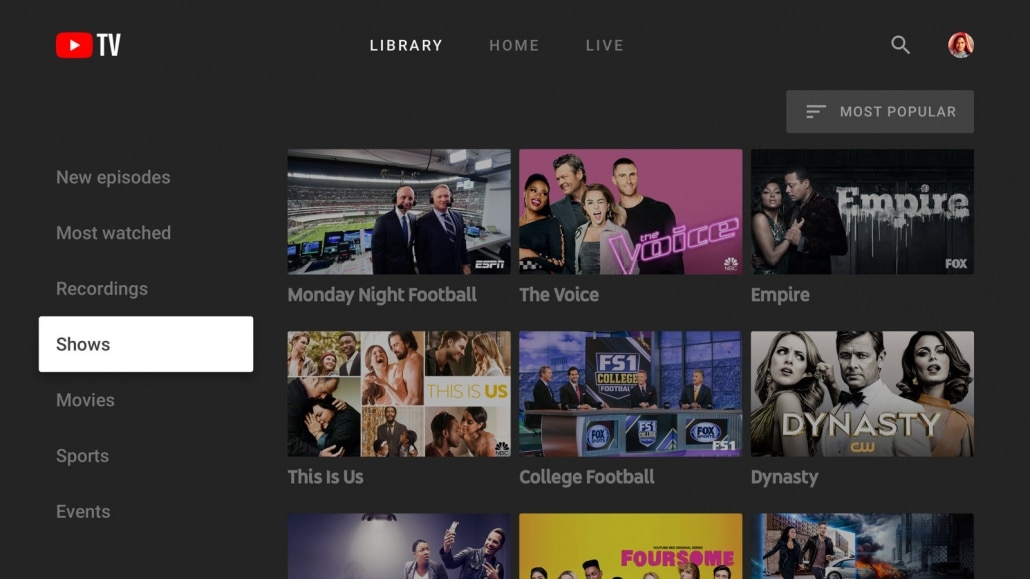 This is sort of the main part. Potential users want to know what value their money fetches them.

As such, it’s already mentioned that YouTube TV features more than 70 live channels.

But a lot of that is based on the region you watch it from, and the available Originals channels YouTube offers.

Some of the channels you can expect include, but are not limited to:

Above are some of the best channels you could hope to get on any given live TV streaming service.

However, YouTube TV offers them all and more. In addition, it’s pretty easy to tell which of the network channels are available where you live.

Just pretend like you’re signing up there (where you live), and before you proceed to enter your credit card information, the site will show you what channels are specific to your locality.

There’s basically content for everyone in the family to enjoy. For instance, the sports-related channels like ESPN, NBA TV, and MLB Network, will make sense to sport-loving viewers.

YouTube TV is available on a raft of platforms. This makes it even more popular than some of its competitors. Some platforms and devices include

While these are great ways to watch your favorite YouTube TV channels, it comes with one big issue – the limited number of general streaming devices.

But it is slowly changing this fact with some platforms including Apple TV boxes, Roku TV, and Roku TV devices such as the Express and Stick.

If you have a TV set that runs the Android TV operating system, you can download the YouTube TV app to use it.

Smart TVs like those of the Samsung, Vizio, Hisense, and Sony smart TV variety will join a list of supported platforms YouTube TV is currently working on.

On-demand content is a theme on YouTube TV. This makes it a top draw if you want to cord-cut for something better, and with the overall quality.

These shows and more are available for streams. Movies and other shows are also available through channels like the Sundance TV channel and the Syfy channel.

For signing up on YouTube TV, users get a free seven-day trial. But they have to make sure their Google account has never been used for the service before.

There’s also a Sports center where NBA fans can sign up to use the NBA League Pass as an add-on to their content.

If you’re a football fanatic, the NFL Red Zone will keep you busy while baseball’s MLB TV will entertain baseball lovers.

A great live TV service should at least help you store some of your favorite content. As such, YouTube TV features a DVR system where users can save a video.

All you have to do is click on the ‘+’ button. YouTube TV will immediately start recording if the show is live, or use the save option if it comes on at a later time.

Furthermore, there’s absolutely no limit or cap to the number of programs you can save.

You only need to have the amount of space your device can take. However, programmes delete after nine months which is still good enough.

Also, you can’t download content for offline viewing. So if you want to save something for later, or have a bit of restriction on the data you can use, it’s not a possibility.

The mobile app for YouTube TV is great and works just like that on the desktop interface.

This is a good thing because users appreciate clean lines, vibrant but lovely colors, clear tabs, and easily identifiable contents they can watch.

But the thing is, YouTube TV has a dark mode that doesn’t quite add up. One plus though, is that you get to have a really organized library and tools to help you reach the contents you want.

Furthermore, on the app, you navigate through the same three tabs…

For the playing screen, you can choose to use the closed captioning, alter the streaming quality, or play around a bit with the notifications for any content.

In addition, you can view what’s coming up next on some of the recommended content.

Depending on your device, you’ll find that the picture-in-picture mode helps you monitor contents that are playing without making use of the app.

The window is minimized and you can drag it to any corner of your device’s screen. It always stays on the top of the active window.

General outlook and the search feature

YouTube TV’s interface is just as clean with most elements appearing in white or light grey.

The dark mode is already mentioned above and forms part of the screen-view choices users can make.

There’s a comprehensive search tool to get instant access to contents you’d otherwise have manually looked for.

YouTube TV has a large catalog of channels so it’s best to use the search tool.

You can use the settings panel to customize certain details including those that relate to your subscription, billing, and how to use and pay for add-on channels.

You’d also want to set preferences for family accounts, the channel guide, and the history of your viewed contents.

Additionally, you can input search preferences should you love a particular line of shows.

At the Home section, users are shown the content to watch.

This includes the recommended YouTube TV contents which are mostly based on your search history or the type of contents you’ve already watched.

You’ll also find that many categories of contents are arranged horizontally for ease of reference.

The Live section is an enthralling one because it shows users the list of available channels. This way, they know what’s currently playing.

As a user, you can take out channels you don’t want to view or use the live preview feature to know what the content is all about. You’ll have to use the settings though.

A wide range of popular features also exists to make things easier for each user.

For example, there’s a 15-second fast-forward and reverse buttons on the right while you can pick the streaming quality you want, audio track, and even change the playback speed.

If you’re familiar with the X-ray feature on Amazon Prime Video, you’ll like the information button on YouTube TV.

This is because as one content is playing, clicking on the button (information button) will give you important information about it including casts and location if it’s a movie.

Whether that’s sports or a TV drama, you won’t feel lost.

With YouTube TV, you get to banish the thoughts and existence of cable TV.

What’s more, you have an expanded list of fabulous channels that cover a lot of areas including the news, entertainment, sports, fashion, and a host of other genres.

Sure, you have to fork out some money. But it’s entirely worth it.

Think about features like the top-notch DVR functionality it boasts, easy, yet effective user interface, and the fact that you can use it on multiple devices and platforms.

In all, it’s basically worth the value if you’re looking for the best cord-cutting platform.